Months ago, when my friend Erik invited us to stay with them at an Earthship, in Taos, I was intrigued.  Ryanne and I had a little time left before we started back to guide work and it sounded like a super fun trip with some cool people.  So, we decided to make a mini-vacation out of it.

To break up the drive a bit, Ryanne made reservations at the Casitas Suenas, in Albuquerque.  The Casitas were built by a colony of artists back in the 1920's.  The place was a little rough at the edges, but it was really cool place to explore the gardens and grounds.  Besides, the casitas were pretty cozy and homey and they had a kitchenette to cook dinner.  Being a bed and breakfast type of place, they offered a delicious hot breakfast of your choice.  mmm, yum.

After unpacking all our stuff and getting settled in, we set out to find the Albuquerque Rattlesnake Museum.  Our freebee cartoony map showed the museum to be only a few blocks from our place -walking distance.  We walked a full circle around the block before we came upon a small door with a little sign announcing the Famous Albuquerque Rattlesnake Museum.  Whew, we found it.  It never looks good when a couple of guides gets lost, but the map showed the museum was the entire block. 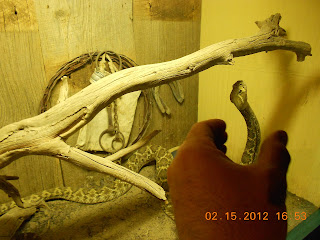 Anyway, it was not quite the petting zoo I was hoping for, but we still had lots of fun.  They had tons of different kinds of rattlers, as well as other critters. 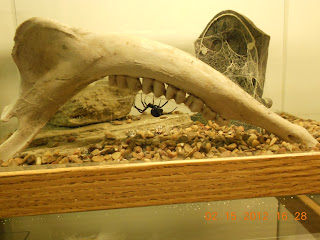 The next morning, Ryanne had a tour scheduled at Rio Grande Jewelry Supply.  Their safety guy, Mike, showed us around their awesome, 100% solar, facilities.  I was really impressed by the positive vibe and sensible way the facilities were run.  Ryanne got some valuable tips of how to photograph her jewelry better. 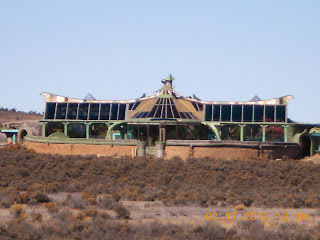 EARTHSHIPS!!!!
I had heard rumors of some guys in New Mexico that are big into solar, but I had no idea....  These houses have no utility line or pipes coming to them from the civilized grid.  The passive solar keeps this place about 70f even on snowy days.  There is 8000 gallons of water store from the rains.  The Electricity is, of course, solar. 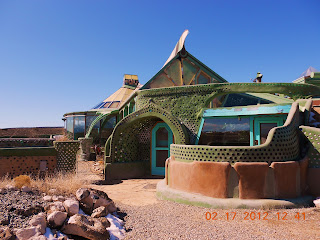 Check this place out.  Named the Phoenix, this earthship was built by hippy mad-architect Michael Reynolds.  A large percentage of the materials used are salvaged trash.  I think that those guys must drink a LOT of beers to have enough cans and bottles for construction. 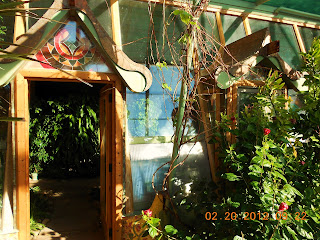 Here is view of the inner gardens, taken from the outer jungle.  And I mean jungle:  bananas on the tree, a talapia/koi pond, blue and yellow birds.  I was strongly reminded of being in the Yucatan.  Walking through the hot humid climate of the jungle room, on your way out to cold, snowy outside was definitely a strange experience of contrasts. 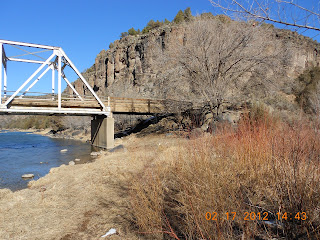 FAMILY CLIMB TIME.  Just a few minutes from the Phoenix was the Rio Grande Gorge.  We headed down to the John Dunn Bridge and found some good basalt climbing near the Black Rock Hot Srings.  Keep your eyes peeled for petroglyphs on the surrounding cliffs! 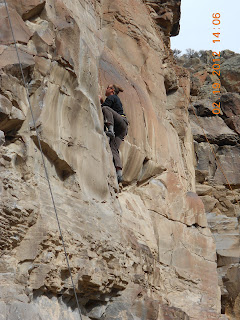 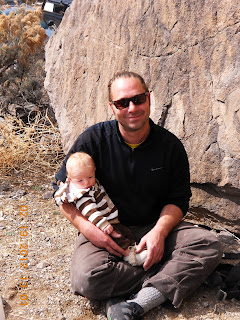 A great big thanks to Erik and Estee for setting up the stay at the Earthship Phoenix and everyone else in attendance.  This was definitely one of the funnest weekends that I have had in a long time.
THANK YOU
Posted by Unknown at 8:52 AM

From Camp to Cabin,,,Canyon Coffee is your source for Coffee Making Supplies